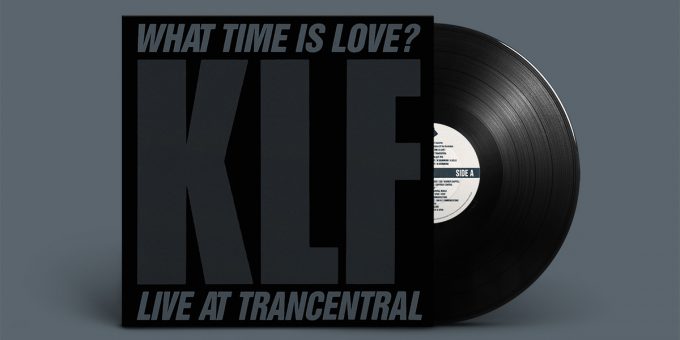 What Time Is Love? (Live At Trancentral) is a remixed release of the original Pure Trance version which eventually peaked at #5 in the UK charts.

“What Time Is Love?” flopped totally the first time we released it, but then everybody started to do cover versions of it and it became really big as part of the rave scene.Bill Drummond (Smash Hits, 30 Jul 1990)
Basically we started to become intrigued by all these versions. There was one in particular by a group called Liaison D. Their label told us it was going to be a big hit which made us very happy, because we’d have made some money. But it flopped. So we thought that, sooner or later, someone was going to have a hit with it, and it may as well be us!The KLF (Rage, 8 Jan 1991)
We realised there was something in this riff we’d come up with that wouldn’t die and that we should exploit ourselves – or at least try and discover what it was. That’s what made us do ‘What Time Is Love’ from a different tack entirely.”Bill Drummond (Sounds, 24 Nov 1990)

The KLF’s 1990 version added various new elements over their now classic three-note motif, including a new bassline and a more elaborate house beat. The most obvious difference between the Pure Trance original and its remix certainly is the addition of fresh rap vocals by Azat (Isaac) Bello, though, who at the time had already garnered fame as one half of British hip hop group Outlaw Posse along Karl ‘K-Gee’ Gordon.

The other important change over the original 1988 version saw The KLF sampling crowd noise from The Doors’ Absolutely Live album to give the impression that their new version had not been recorded in the confines of a studio but in front of a live audience instead, thus creating their self-described ‘stadium house’ sound which they continued to employ on their two follow-up singles.

Early white-label promos included the Wandaful Mix – a heavily stripped-down version of the Trancentral Mix with various samples and vocal snippets from the latter built upon its drum section, as well as the lead guitar from Jimi Hendrix’ Voodoo Child sprinkled all over it. Most notably this version samples larger vocal chunks of To The Bone by Wanda Dee than the A-side mix – hence its name.

We didn’t actually get permission for that and we’ve been waiting for someone to catch up with us ever since. […] It turns out that she loved it and she’s looking for a new record deal!The KLF (Rage, 8 Jan 1991)

Wanda Dee retroactively received co-writing credits along Azat Bello on both this release and America: What Time Is Love? for the use of her sampled vocals. As well as making an appearance in the Stadium House Trilogy videos for What Time Is Love? and Last Train To Trancentral she also started touring the USA as The KLF later in 1991, much to the dismay of Bill and Jimmy.

The Wandaful Mix was later replaced with the Techno Gate Mix on the commercial release which dropped all the additional bits from the former. Instead it reintroduced some of the NASA radio samples which had previously been featured on the live version and used even more of Hendrix’ guitar parts throughout most of the mix.

“What Time is Love?” The Anthem of last Summers raves. Although it never crossed over into the mainstream charts, it spawned numerous cover versions and sound a likes.

Earlier this year The K.L.F. threw a party at their H.Q., Trancentral, where they performed a version of “What Time Is Love?” with M.C. Bello from The Outlaw Posse, Manda from The Beatmasters and various other members of The Children of the Revolution. A recording of this event is to be released. It is as far removed from the original, pure trance classic, as to make any comparison pointless.

This version is everything the original wasn’t.

The original was all this could never be.

Whether it is a chart bound sound or just another document in the unfolding K.L.F. story, is for someone else to decide.KLF Info Sheet #9, 1990

Two different adverts for What Time Is Love? appeared in both Record Mirror and NME.

The first advert simply reads “NOW – KLF – 12INCH” and gives no further information about the single’s name and tracklist.

The second advert is similar to the first but includes the full tracklist of the (CD) single.

JC: We wanted to do this big landscape thing last summer around Glastonbury. The idea was we’d plant fields with poppies in the shape of a giant KLF and get it photographed by satellite. But we didn’t get it together in time, and then the corn circle thing happened, and we found ourselves in the middle of the night, in the middle of a corn field, without really knowing why we were there But we had to do it.

BD: That was one of the highlights of last year. But it came out looking like a complete joke. It came about initially because of our paranoia about ‘What Time Is Love’ not getting any airplay. We thought the only thing we could do is get on News At Ten. Then someone else did a hoax corn cirle and it was all over the news, and we were cut up. Gutted. But we ended up doing one anyway.

JC: After we’d been up for two nights doing on in Wiltshire we actually started to believe that it had been us doing them all along. It was the same as when we used ‘Dancing Queen’ years ago. We actually felt that we’d written ‘Dancing Queen’.Jimmy Cauty & Bill Drummond (NME, 12 Jan 1991)

Not much can beat lying on your back, at the centre of a freshly laid corn circle just staring up at the distant universes.Bill Drummond (Smash Hits, Jan 1991)

Energy, humour and violence collide, pelting the listener with raps, samples and changes of pace until you realise that in the KLF scheme of things only the strong survive.
NME, 28 Jul 1990 (Single Of The Week)

This has mistakenly been referred to as KLF 004P in the past.

While not including any exclusive mixes there is another release of What Time Is Love? on the Australian Liberation Records label which is highly sought after for its cover art, usually refered to as the “Wicker Man” sleeve as is features a picture of the wooden statue burned during the Rites Of Mu ceremony.

4 thoughts on “What Time Is Love? (Live At Trancentral)”