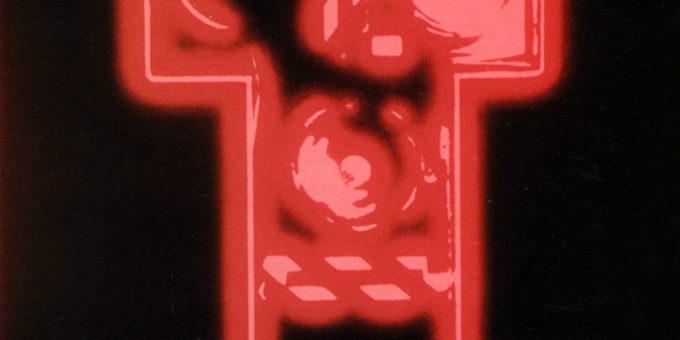 The Stadium House Trilogy is a video collection featuring the first three singles taken from the White Room album, as well as a 14 minute making-of (UK release only).

Even though videos for What Time Is Love? and 3 a.m. Eternal already existed The KLF created new clips for their previous singles as well to match the tone of their latest release, bringing all three together as a kind of mini-concert on the fictional stage of Woodstock, Europa.

The release of the Stadium House Trilogy was advertised in the NME at the end of June ’91 (and other magazines following later.)

It’s spooky and evocative without ever seriosly trying to convince us it’s anything but a model, and it dovetails well with The KLF’s fondness for giving their slick house cuts some kind of witty mythological superstructure.
Andy Gill, Unknown, 1991

Stadium House looks fantastic. Even though, hilariously, it has nothing to do with what the KLF are about, they’ll love it across the pond. You will too.
Andrew Perry, Select, Jun 1991

If all pop videos were as innovative as this, then the medium would undoubtedly be trated far more seriously. […] The three promos here illustrate how easy it is too inject fresh ideas for what appears to be a fairly modest budget. […] Everything’s got that unmistakeable stamp of ‘no compromise’ on it!
Unknown, Record Collector, 1991

All breathkating, pulse-racing spectacle with a sly sense of humour, but why is 15 minutes wasted on a conceptual compilation of off-cuts and scratchy effects when promo from pre-megastardom singles like ‘Whitney Joins The Jams’ or ‘Kylie Said To Jason’ would have beefed up this debut collection into more than a brief white-knuckle thrill?
Stephen Dalton, Unknown, 1991

The main part also features uncredited extracts from The KLF’s remix of It Must Be Obvious and the original It’s Grim Up North playing over the opening and closing credits respectively.

The US releases do not include the making-of track This Is Not What The KLF Is About.