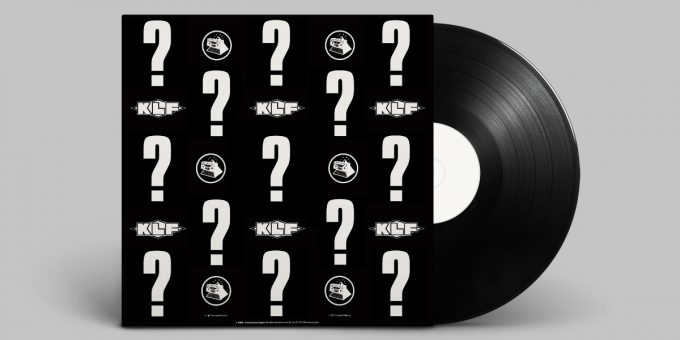 Madrugada Eterna first officially appeared as an ambient B-side on Kylie Said To Jason in August 1989. This is the same version as the one prominently featured on Chill Out six months later.

However, a different version had already been featured playing over a short two-minute promo clip of the White Room roadmovie. There’s a quite pumping TB303 bassline underneath the melody (hence the mix is usually refered to as the “303 Edit”) and a groovy beat, with lots of the mad preacher’s vocals chopped up and spread across the track. Unfortunately the short snippet from the promo video is all that exists of this version since, like the movie itself, this version never properly surfaced.

In March 1990 The KLF had themselves pressed a limited run of (allegedly) 20 whitelabel promos. The 12″ pressing (listed below) features a slightly more laid back but still danceable mix, a shorter edit, as well as the original ambient version.

Whether or not Madrugada Eterna was meant as a accompanying single to either Chill Out – as suggested by one of the Info Sheets – or The White Room Soundtrack remains unconfirmed. In the end The KLF apparently didn’t like it and decided not to widely release it around the time, making the whitelabel promo one of the rarest KLF releases to find.

The Club Mix Edit eventually appeared on The White Room (Director’s Cut) in 2021 as part of the Samplecity Thru Trancentral series.

A bootleg of KLF ETERNA 1 featuring the club mix only was released by Mike Dutton as ETERNITY 23. Some of these feature a red sticker with Italian text on the sleeve in an attempt to disguise their true origin.