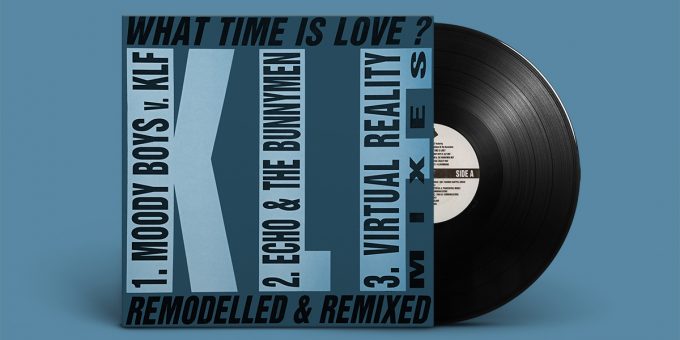 Remixes of the Live At Trancentral single featuring versions by Echo & The Bunnymen (who had previously been managed by Bill Drummond on the Zoo Records label) and The Moody Boys, as well as the very Chill Out-esque Virtual Reality Mix by Bill and Jimmy themselves.

Adverts for What Time Is Love? (Remodelled & Remixed) appeared in both NME and Record Mirror, listing the single’s tracklist and a farewell from The KLF to the original track’s hypnotic riff.

Hopefully this is the end. There will be no more remakes, remodels or remixes of this riff that started life in October 1988 as a techno inspired doodle. Now that we finally have a hit with it, hopefully What Time Love? will die a natural death.

It wasn’t until late 1991 that The KLF revisited the riff for their release of America: What Time Is Love?

[…] A barely recognisable ‘What Time Is Love?’, still pure and tough Techno though, from the farmers of the digital sheep. The Bunnymen mix contains deep bass, guitar and some sitars shoved through reverb for a truly wonderful experience.
Graham Sherman, NME, 1990

Unlike the other Y releases (KLF005Y and KLF008Y) Remodelled & Remixed was only available as a 12″ single even outside the UK. Both the Moody Boys and Echo & The Bunnymen remix eventually appeared on other CD singles or compilations (see the Rave compilation for example). The Virtual Reality Mix however remains a vinyl exclusive.

2 thoughts on “What Time Is Love? (Remodelled & Remixed)”