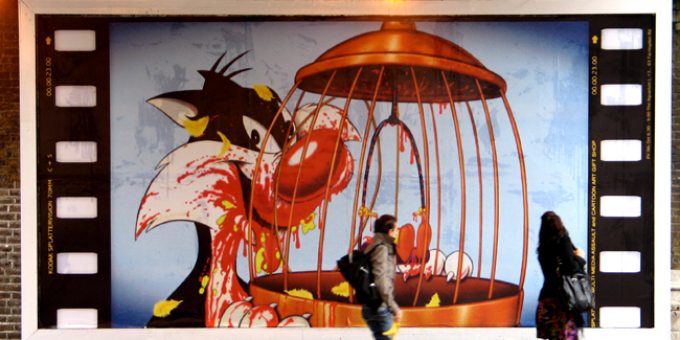 Splatter was an exhibition shown between October and November 2008, focusing on “the plausible impossibility of death in the mind of cartoon characters”. The featured works depicted well-known Looney Tunes characters meeting a gory demise in hyper-violent scenes unshackled from their usual cartoon laws of ultimate invincibility.

People have been saying since the 60’s that cartoons should show the consequences of violence, or kids will get the wrong idea. Its very difficult to shock kids these days – you have cartoon characters being shot in the head and walking off cliffs, so we have decided to replace them with something more realistic. I’m a parent myself, and if I saw pictures like that I would think of something kids would really love, because it’s no holds-barred violence.Jimmy Cauty

The idea for Splatter came from Jimmy’s then 15-year-old son Harry who suggested to show in his artwork what the classic cartoons did not portray – the actual blood and gore consequences of what really happens to Looney Tunes characters if their cartoons were given a bit more “realism”.

The Cautys’ new project employs hijacked popular cartoon characters and liberated animations, to violent, shocking and entertaining ends, all of which will be part of their own specialist cartoon art gift shop.

The Cauty animated collection will be degraded, overlaid & looped, fractured, and repeated on multiple LCD screens, presenting the viewer with unrelenting acts of bloody, cartoon violence, which, in cartoon law, ultimately cannot cause fatal injury.

This show by jCauty&Son warrants laugher, discomfort and aims to provoke thought on violence and our media saturated culture.'Splatter' Press Release

The exhibition opened at London’s Aquarium Gallery in October 2008 to rather positive feedback from visitors.

It’s amazing work, and from the reactions we’ve had to it so far, children have loved it. I’m not sure if their parents have been too happy about their children loving it, but kids were very excited by it all, which is interesting because art is never normally aimed at children. It should be a very successful show, and will raise lots of questions about violence in the media and in our culture. We are constantly fed images of violence in this country, but we will have to see how people react when the show opens.Steve Lowe (Aquarium Gallery/L-13)

The three centre pieces of Splatter were showing Bugs Bunny firing a gun at Daffy Duck and blowing off his head, Tom chopping up Jerry into small bits, and Sylvester the cat with a bloody mouth from eating Tweety Pie. Further exhibits pictured Spike the dog having shred Tom to pieces, and the Roadrunner being crushed from having a 23-ton weight dropped onto him, among others. 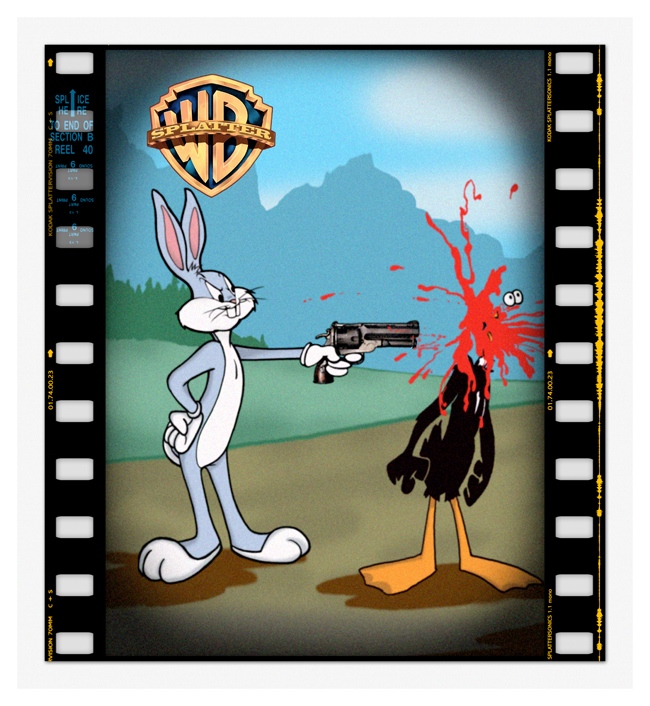 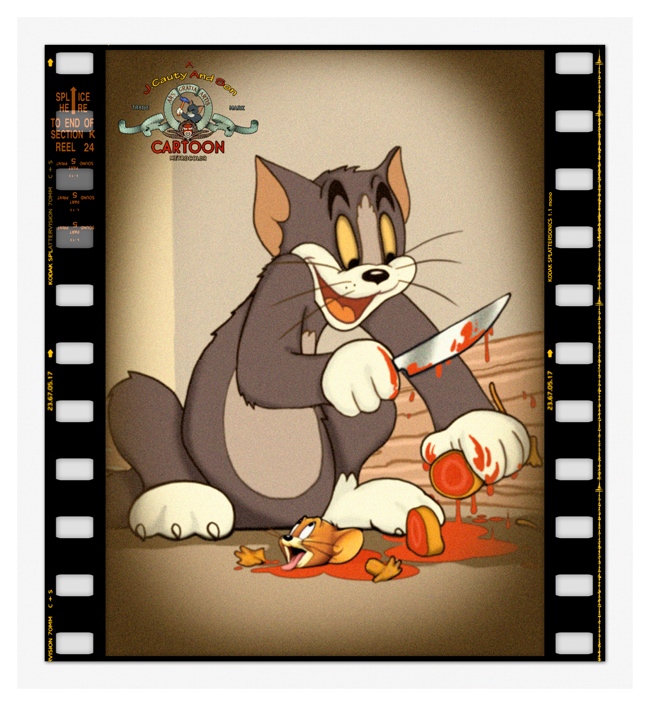 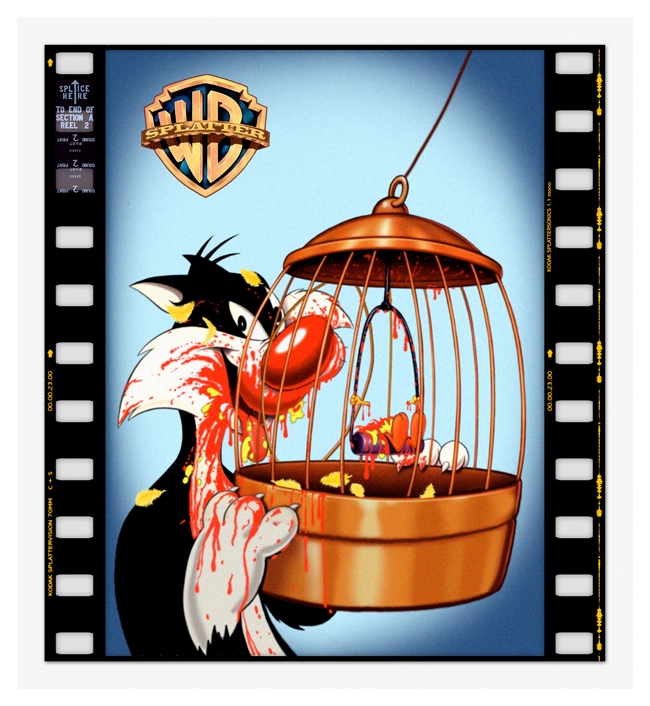 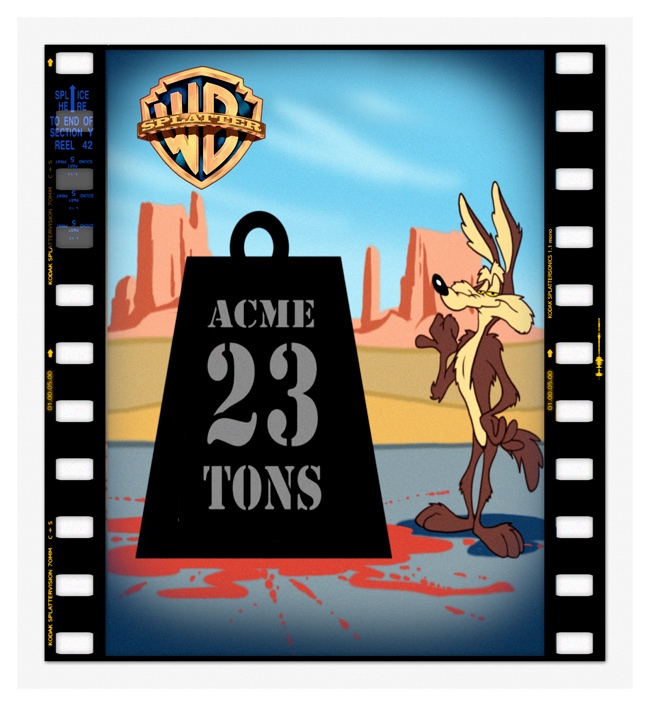 Also shown at the exhibition was a 6.5 minute long movie featuring various short sequences from classic Looney Tunes episodes, albeit usually with an alternate and mostly gruesome climax.

This is slapstick violence, and I don’t think it’s something parents wouldn’t want their children to see unless the kids are very young.Jimmy Cauty

Both the movie and the images were redrawn by Jimmy, and despite his artwork using well-known cartoon characters he did not seem to worried about legal repercussions from Warner.

It’s not an issue. I’m just drawing my interpretation of what I think this characters look like. I’m making a satirical comment about characters that have been around for a decade, so they’re practically in the public domain.Jimmy Cauty

Apart from the Aquarium Gallery’s exhibition all images were also available from the jCauty&SON website in various sizes, ranging from 15x17cm mini cells sold at £14.99 to limited 122x112cm satin photo rags for £750 each. 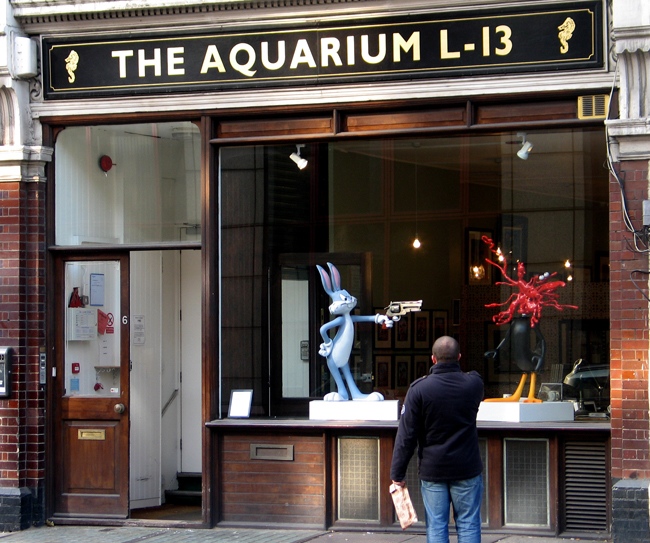 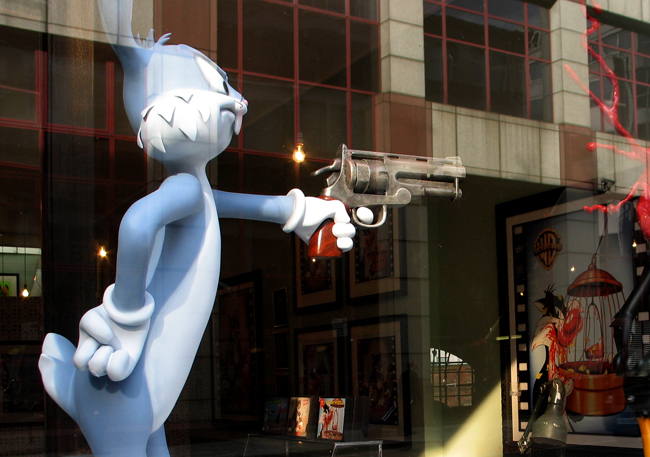 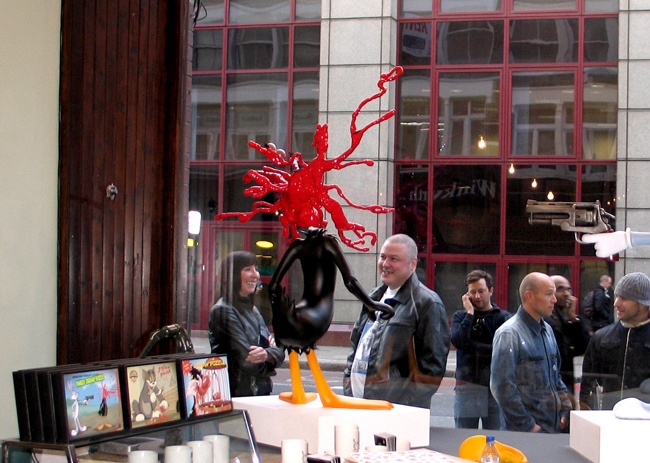 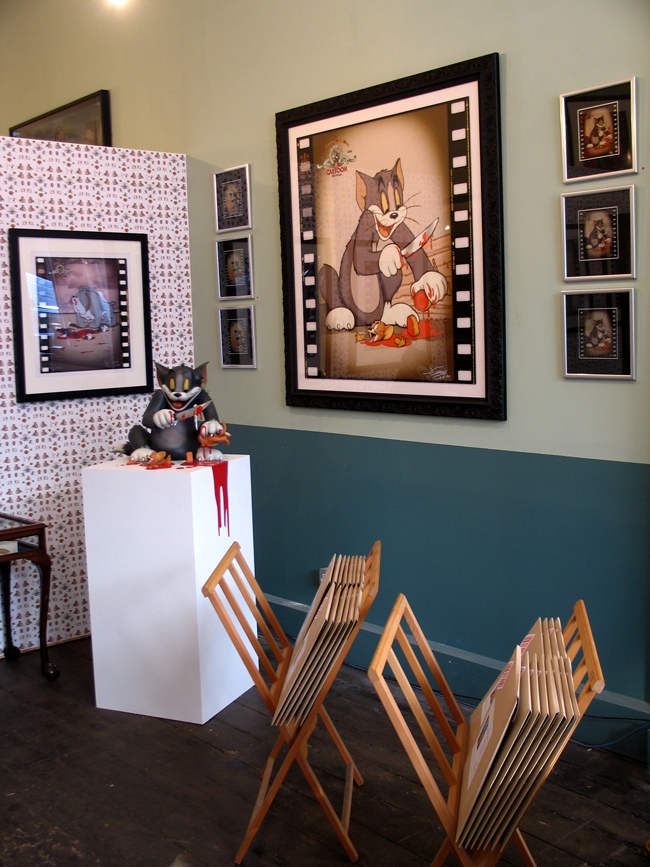 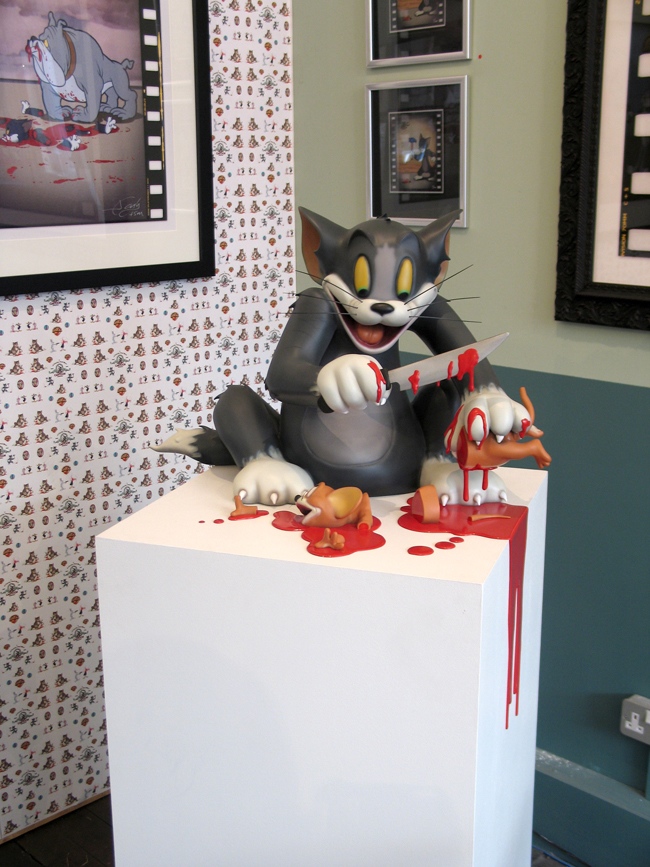 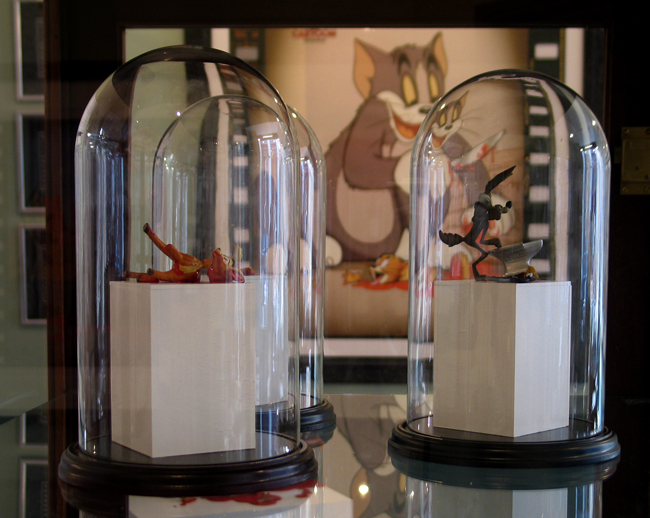 Jimmy had previously featured Bugs Bunny wearing a dynamite belt and blowing himself up in a series of prints titled Bomber Bunny.

25% of all profits were announced to be donated to Amnesty International.