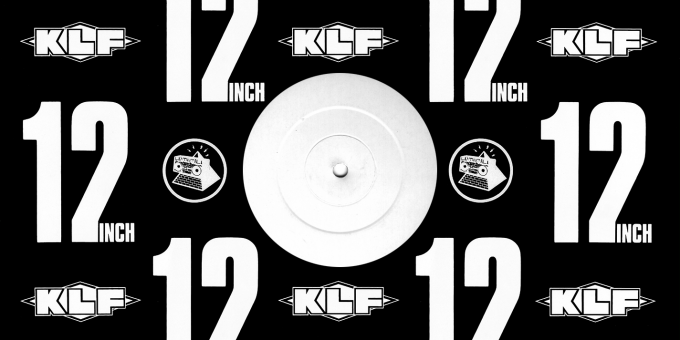 The first incarnation of The White Room album was originally meant as a complementary soundtrack to the movie The KLF had started shooting from the money they had earned from Doctorin’ The Tardis. The versions of the songs are substantially different from the remixed versions which appeared on the 1991 White Room album. Many songs also appear either in whole or in part on the soundtrack to the White Room film (copies of which are also around).

When Bill and Jimmy ran into financial problems they decided to release Kylie Said To Jason as a single, hoping it would earn them enough money to complete their movie.

We did this whole LP of songs like ‘Kylie…’ in early 1989. It cost us £45,000 and we were sure the single would go Top 30, after which we could release another single and have a successful album.Bill Drummond (Rage, Nov 1991)

However, the single turned out not to be the hit The KLF so hardly needed, so they decided to scrap both the movie and the already finished soundtrack.

When [Kylie Said To Jason] wasn’t a hit, we shelved the songs. They were songs that would only really work in a commercial way.The KLF (Rage, 8 Jan 1991)

Most of the songs would later be released on the 1991 album in one form or another.

Even though the soundtrack remains officially unreleased, studio tapes were stolen by the engineer and released to bootleggers which is how some list members got copies of it. Over the years several unofficial versions of the soundtrack have been made available to the public, each improving in sound quality.

Interestingly enough the version of Kylie salvaged from the DATs is slightly different from the commercial release as it does not feature Maxine Harvey’s extra vocals during the choruses.

The White Room Soundtrack was announced as JAMS LP4 in the sleeve notes of Kylie Said To Jason. This was later attributed to the What Time Is Love Story instead, pushing back the soundtrack to JAMS LP5 (according to the 1989 Completeist List) before being dropped altogether.