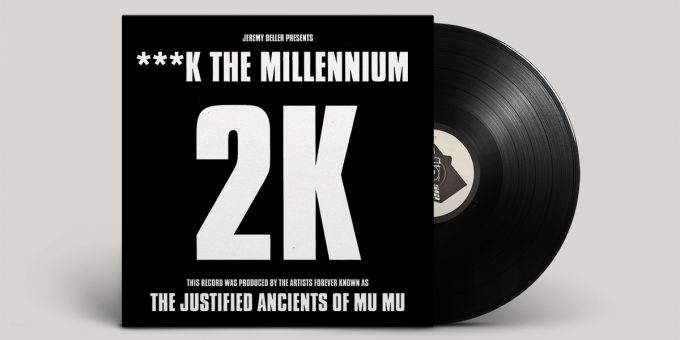 Fuck The Millennium is a one-off comeback single to celebrate the crapness of comebacks, released under the short-lived 2K alias. Bill Drummond’s 45 features a lengthy first-hand retelling of the how’s and why’s.

The track itself is built around The KLF’s What Time Is Love? and the cover version by Jeremy Deller’s Acid Brass as performed by the Williams Fairey Band who also reprised their performance for the recording of the single.

The Japanese release gathers all the above mixes and includes an additional version as well as a set of four stickers.