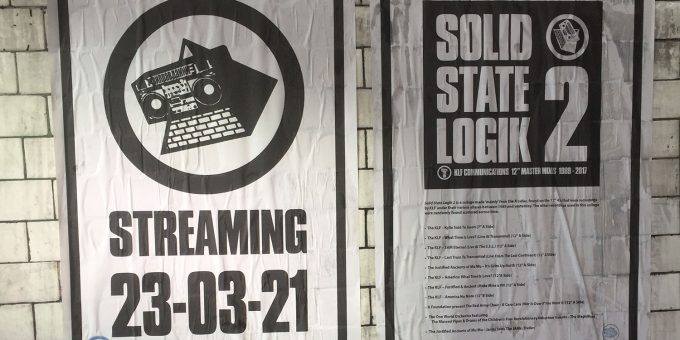 Without prior announcement as usual Monday saw the release of the next chapter from Samplecity Thru Trancentral, this time including an unexpected audiovisual treat on top of the music itself.

Solid State Logik 2 compiles the extended mixes of the “big six” as well as a couple of additional tunes and B-sides, including a new edit of Kylie Said To Jason, and the one-off tracks Bill and Jimmy recorded as the One World Orchestra and the K Foundation. However, the most interesting track is probably Jarvis Joins The JAMs, a studio recording of the version of Justified And Ancient which has been performed in Liverpool back in 2017.

Along the compilation itself we also got an upload of the music video for Kylie Said To Jason which had been missing from the first round of uploads back in January, and the full version of the Rites Of Mu video narrated by Martin Sheen which had been intended for release back in 1992 but got pulled when The KLF left the music business.

Solid State Logik 2 follows the first part in the series released in January, as well as Come Down Dawn which got published in early February.

1 thought on “Jarvis Joins The Rites Of Mu”