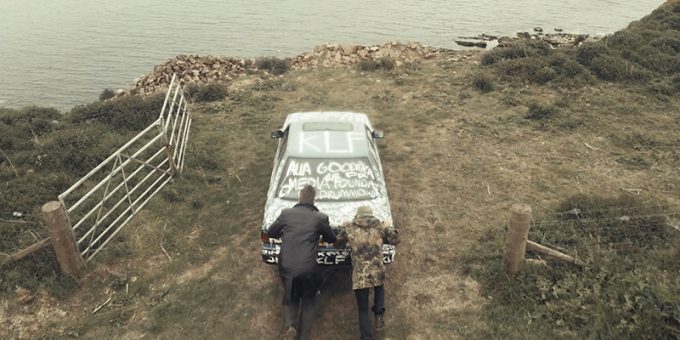 Everybody’s favourite murder mystery is finally hitting the silver screen as, after being ten years in the making, Chris Atkins’ feature documentary Who Killed The KLF? will premier at Fantastic Fest in Texas this Saturday.

From their punk rock origins in 1970’s Liverpool, the dynamic duo of Bill Drummond and Jimmy Cauty shot to the top of the pop charts as one of electronic dance music’s progenitors, The KLF. Less a music group than an artistic collaboration that used music to spread chaos, their success was massive with hits like “3AM Eternal” selling millions of copies, but it was all a big accident — one they neither foresaw nor desired. Then, just as they were at the pinnacle of their success, they disappeared and took the music with them. Not only did The KLF come to an end, they deleted all of their music from catalogs, making it impossible to produce CDs or license for streaming, forgoing millions of dollars in revenue in the process. Those of us who were around at the time could never forget their audacious presentations, and those who weren’t there have only the stories and memories of their elders.

The documentary is described as a combination of archive footage, interview audio, and animation, all mixed together to tell the story of everybody’s favourite stadium house band.

No details have been shared yet about how and when Who Killed The KLF? will be made available to a public audience.

6 thoughts on “‘Who Killed The KLF?’ premiering at Fantastic Fest 2021”