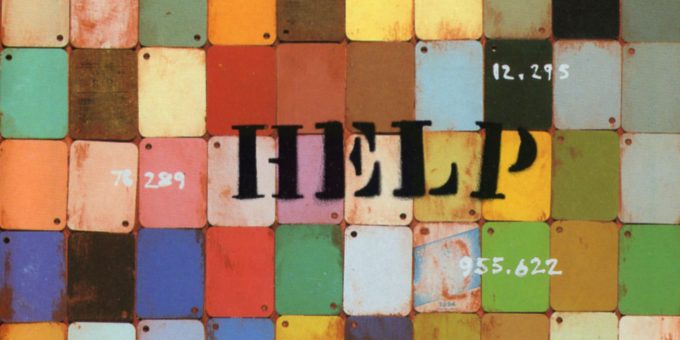 In 1995 Bill Drummond and Jimmy Cauty contributed the song The Magnificent to Warchild’s Help album under their one-time alias The One World Orchestra (featuring The Massed Pipes and Drums of the Children’s Free Revolutionary Volunteer Guards).

Their track is a drum & bass cover version of the theme music from The Magnificent Seven originally written by Elmer Bernstein, featuring vocal contributions from Serbian DJ Fleka of Serbian radio station B92 recorded down a phone line.

After the screening of Watch The K Foundation Burn A Million Quid in Manchester on September 5th the duo got asked whether they would ever make any more records which they promptly rejected. Unbeknownst to the audience, having just wrapped up their one-day recording session for the album the day prior, they gave this rather tongue-in-cheek answer.

BD: “What do you expect us to do, go and make a jungle record”?

JC: “Yeah, like a jungle novelty record with some strings on it or something. It would just be sad wouldn’t it?”Bill Drummond & Jimmy Cauty (from NME, 16 Sep 1995)

The chapter Robbie Joins The JAMs included in Bill’s book 45 gives very detailed insight in how the track came to be and how it went on to become the station’s jingle and – eventually – a protest song against the Serbian government.

On September 4th 1995 some of the best bands and musicians in Britain entered studios all over Europe. Their intention was that by the end of the day they would each have recorded a track for this album, with the aim of raising money for and focusing attention on, the children caught up in the war in former Yugoslavia…

This album is a result of everyone’s help.from the sleevenotes of 'Help'

In 2020 the compilation was re-released to mark its 25th anniversary.

In their issue for September 16th the NME dedicated various pages of coverage to the Help album, including a full-page review, a brief article featuring the full tracklist (not included with the official release due to its self-imposed time constraints), and a 1/4 page advert simply reading GET HELP NOW.

Interestingly their tracklist feature describes the One World Orchestra contribution as a seven-minute track, though this is likely just a typo due to the Magnificent Seven connection.

The issue also includes the aforementioned article covering the K Foundation premiering their film in Manchester the other week.

[…] Weirdest of all is The One World Orchestra Featuring The Massed Pipes And Drums Of The Children’s Free Revolutionary Volunteer Guards performing ‘The Magnificent’. All you really need to know about this is that it’s the KLF f—ing with bombs and gunfire and the The Magnificent Seven theme. Trust them to ensure that the ‘Help’ project didn’t reach the shops too piously wrapped. This is bad taste par excellence.
Steve Sutherland, NME, 16 Sep 1995