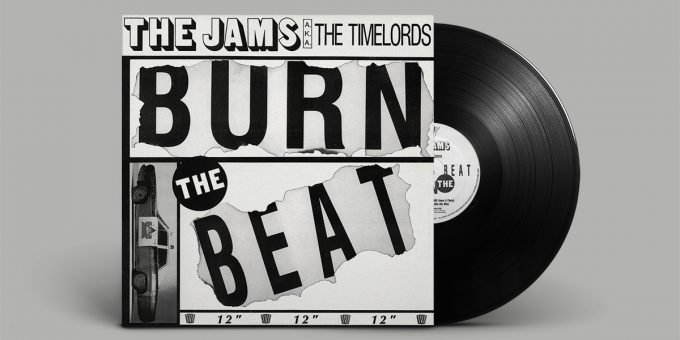 Burn The Bastards was the first single released under the KLF moniker, though it was credited to “The JAMs aka The Timelords” in the USA to link it to the History Of The JAMs compilation.

The song is strongly based on Dance To The Music by Sly and The Family Stone but changes its chorus to ‘JAMs have a party’ and replaces the soulful vocals of the original with Bill Drummond’s angry shouting. It is also the original occurance of the iconic ‘Mu Mu!‘ sample used throughout The KLF’s later releases.

The ‘bastards’ in question are the remaining copies of the 1987 LP and their burning on a bonfire in a Swedish field which is best referenced in the line ‘Build a fire, stoke it good, throw them on, and watch the bastards burn‘.

International releases had the swear words removed on some of the mixes and were released as Burn The Beat instead in an attempt to receive radio airplay.

Some of the US releases of Burn The Beat published by TVT Records came with their own press sheet. In it they gave abrief summary of how ‘loveable British pirates’ Rockman Rock and Kingboy D had lost their battle against Abba and burned the remaining copies of their LP which in turn inspired the new single.

[The KLF] continue their campaign to reinvent the past by plundering Sly and the Family Stone, aided and abetted by what sounds like the Kings Cross Scottish Winos Ensemble. Bound to sound great in the clubs, I’m intrigued to see what their next scam will be. Swans on 45 anybody?
Monty Clift Jr, The Catalogue, Mar 1989

Despite its catalogue number JAMS 26 was actually released after Down Town (JAMS 27) due to an oversight by Bill and Jimmy.

The A-side plays the same mix as Who Killed The JAMS? but cuts off right after “Shut Up!”

Lazlo’s discography furthermore lists a 7″ single (KLF 002) and a remix EP (JAMS 26R) though neither seem to actually exist.