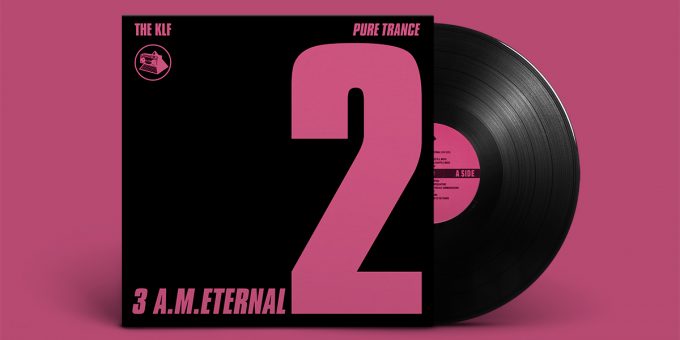 3 a.m. Eternal is the second track in the “Pure Trance” series. Originally scheduled for release on 31 Oct 1988 the single was not released until May 1989.

An early version of 3 a.m. Eternal called London By Night got salvaged from a demo tape and released by Tim Richards, and while it lacks many of the elements present on the eventual release it already features the song’s bassline and the iconic Yamaha DX-7 guitar-ish stabs.

While it did not have the same impact as What Time Is Love it laid the foundation of The KLF’s first Number One single when it got remixed into the Live At The S.S.L. version in early 1991.

The mix titles do not actually appear anywhere on the release but were used on later releases.

“Break For Love” is a reference to the song by Raze of the same name of which The KLF’s version nicks the opening drum loop.