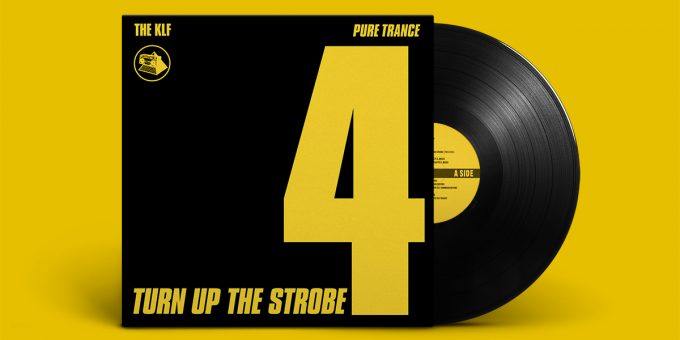 Uncompleted fourth entry in the Pure Trance series. Picture sleeves and labels were printed but never used. Unlike Love Trance or E-Train (which might or might not have evolved into Last Train To Trancentral) it’s not clear whether or not elements of Turn Up The Strobe ever appeared at a later point, though it has been talked about outside The KLF’s info sheets.

The third KLF single proper is apparently called ‘Turn Up The Strobe’. It has yet to be recorded.

“Pretty last year (the title) isn’t it? Hahahaha,” chuckles Bill. “Still, it probably won’t come out until 1994, just in time for the acid revival.”

Turn Up The Strobe (A-side label)

Turn Up The Strobe (B-side label)