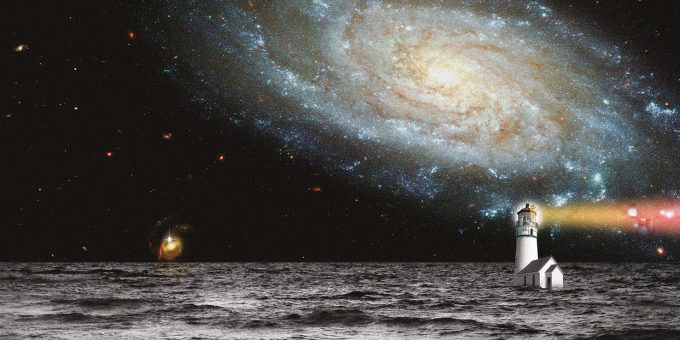 Living In A Giant Candle Winking At God is the only album by the Transit Kings, a band consisting of Jimmy Cauty, Alex Paterson, Guy Pratt and Dom Beken.

The four members had already started messing around with musical ideas at the end of the 90s, but it would take them another few years until the release of the first single Boom Bang Bombay (limited to 75 copies only) as Custerd in 2003.

Two years and one name change later the five-track EP Token materialized in 2005, introducing the Transit Kings to a wider audience. In July 2006 London based record label Malicious Damage started releasing a set of three singles containing various album tracks and remixes over the course of four weeks. These were then complimented by the release of the full album in August.

While Jimmy was involved in the writing and production of most of the album’s tracks he eventually left the band before its release.

“Sadly, we’ve not made it ton to Top Of The Pops, yet, so Jimmy’s kind of lost interest a little bit”, adds Beken. “His idea for the album was that we finish it and we make one master copy. We then encase that one copy in Perspex and lose it! I didn’t want to spend a whole year recording an album and then chucking it away.”

“I’ve known Jimmy for a long time,” says Paterson, “so I should have been ready for something like this. I actually rang Youth up the other day and said, ‘Look, what’s Jimmy’s problem?’ He just said, ‘That’s Jimmy.’ In many ways, it’s a little bit of history repeating itself.”Dom Beken & Alex Paterson, Future Music, Mar 2006

In addition to Living In A Giant Candle Winking At God Malicious Damage released Early Bath, a compilation of unreleased bonus tracks and an XFM Radio Session.

With the Transit Kings story concluded, Alex Paterson and Dom Beken continued to work together as High Frequency Bandwidth, an alias under which they recorded more tracks in a similar style.

Promo flyers featuring the album’s artwork and origin story were distributed by Malicious Damage in 2006. 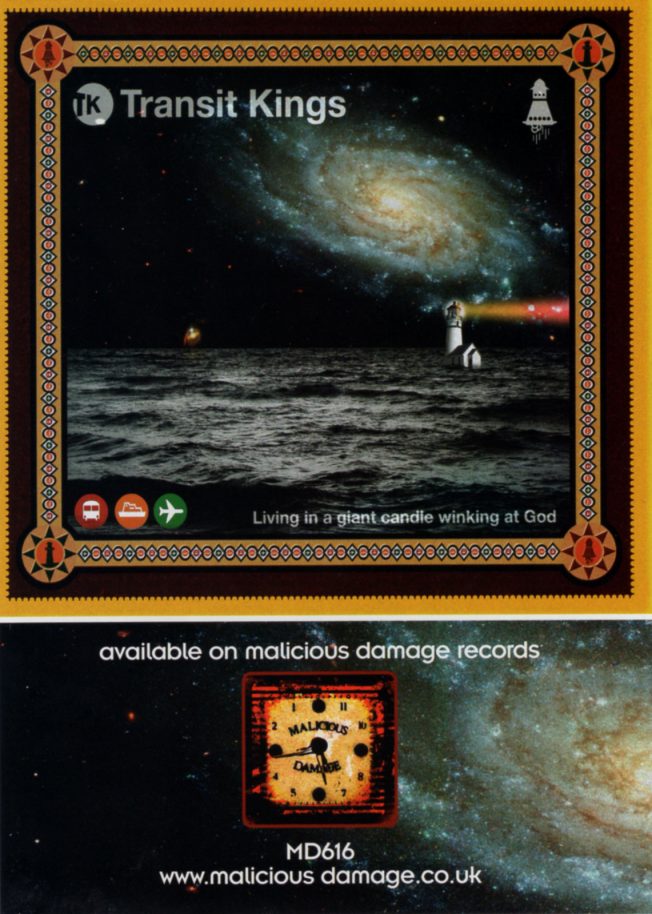 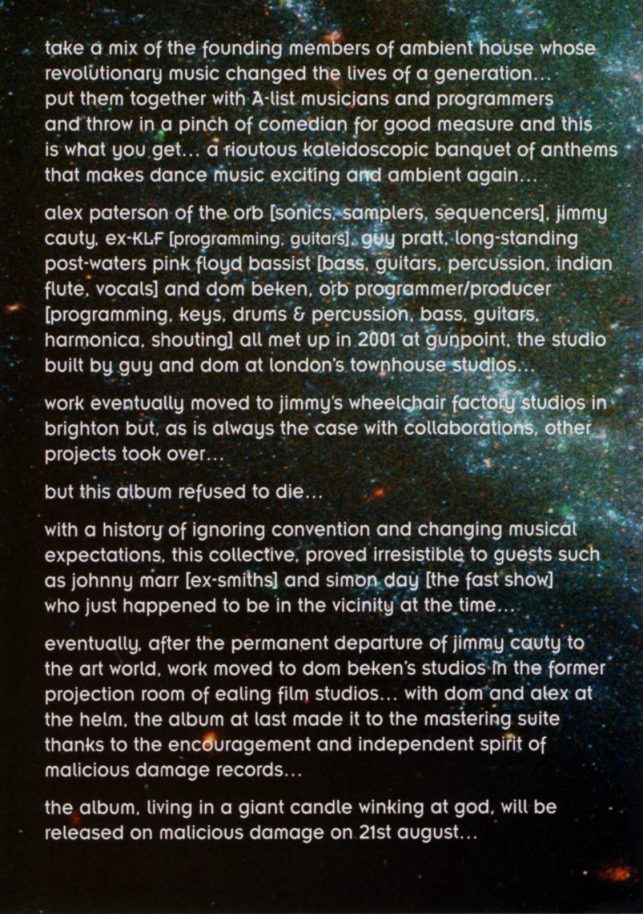 Work eventually moved to Jimmy’s Wheelchair Factory studios in Brighton but, as is always the case with collaborations, other projects took over…

But this album refused to die…

With a history of ignoring convention and changing musical expectations, this collective, proved irresistible to guests such as Johnny Marr [ex-Smiths] and Simon Day [The Fast Show] who just happened to be in the vicinity at the time…

Eventually, after the permanent departure of Jimmy Cauty to the art world, work moved to Dom Beken’s studios in the former projection room of Ealing Film Studios… with Dom and Alex at the helm, the album at last made it to the mastering suite thanks to the encouragement and independent spriti of Malicious Damage Records…

[The album] could scarcely be more 90s. A clue to its provenance is that all the tracks go on far too long, with six minutes of the aimless Wagon Wheels, in particular, being about seven too many. At its best, you can kid yourself that you remember hearing this back in the day, probably in a field at 3am. But you didn’t. And you never will. It’s an album out of time in more ways than one, which belies the genuine talent involved.
Simon Hugo, Record Collector, Jan 2007

Living In A Giant Candle Winking At God (MD616)