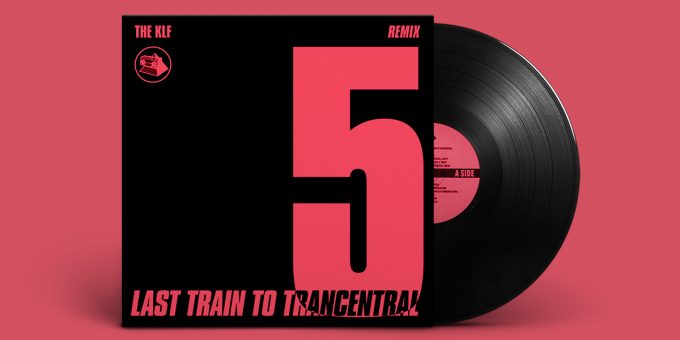 One of the rarer KLF releases as 2,000 copies of Last Train To Trancentral (Pure Trance Remixes) were pressed of which around 1,000 got warped and were destroyed.

The track itself is based on the chords and signature string section of the unreleased Go To Sleep, though despite the description in KLF Info Sheet #7 it’s not clear how much – or little – the original 008T would have derived from the version from the White Room Soundtrack.

A similar version of the single had previously appeared on Chill Out as ‘Wichita Lineman Was A Song I Once Heard’ a couple of weeks before, with the main elements of the track mixed into the sounds of a passing freight train. Since the name ‘Last Train…’ never appeared anywhere else up until the single’s eventual release it is well possible that this is what triggered the change of names.

Bootlegs regularly appear on eBay so make sure to check our FAQ to spot the differences.

As with all other Pure Trance singles Last Train To Trancentral received no advertising other than the usual mention in one of The KLF’s info sheets.

More from the forthcoming Motion Picture THE WHITE ROOM.

Both the A and B side are radical remixes of the original which is yet to see the light of day.

The A side is so literal it may be totally unlistenable to anybody who is neither a freight train enthusiast or flat on their backs and out of their heads.

You have been warned.

The B side is The KLF back in their Pure Trance, crashing the millenium, leaving it’s predecessors “What Time Is Love” and “3a.m. Eternal” in the debris of the late eighties.KLF Info Sheet #7 (Dec 1989)

If you’re a sucker for ethereal atmospherics then this delicious 45 will have you windsurfing your way to the pictures for reserve tickets to The KLF’s forthcoming motion picture, ‘The White Room’, from whence this track is taken. Freight trains and keyboards.
Tim Southwell, Record Mirror, 6 Jan 1990