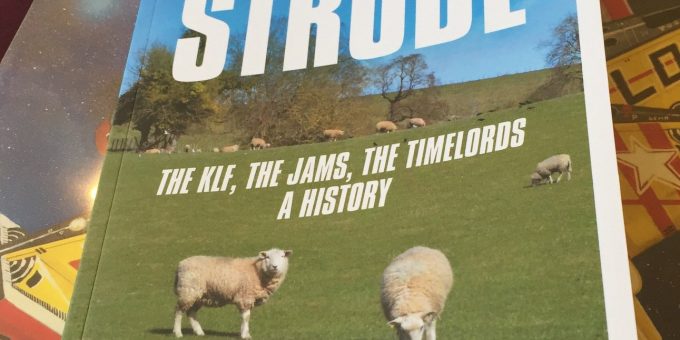 During a 10-year period bridging the 1980s and 1990s, Bill Drummond and Jimmy Cauty created pop masterpieces at a prodigious pace, leaving behind a body of work unlike anything created before or since. From international hit singles and legal wrangles with ABBA to mysterious rituals conducted on far-flung corners of the British Isles and abandoned road movies, the duo questioned, accused and entertained in equal measure.

Turn Up the Strobe tells the story of two of the 20th century’s most vital artists, and those who understood them. A story of success, fear, ego, power, graffiti, house music, independence, control, disaster, the Roland TR-808, love, sheep, marketing, God, death, 12″ vinyl records, escape, freedom, populism, a Ford Galaxie and the money and fame all of these things attract.

Ian Shirley respectfully charts the journey from youthful adventures in pop music and elsewhere towards the Justified Ancients Of Mu Mu, The Timelords and the chart-topping monster The KLF became. Drummond and Cauty have recently announced a resumption in activity planned for August 2017, and continue to be actively involved in engaging work today. The duo’s fanbase remains as strong as their mystique.