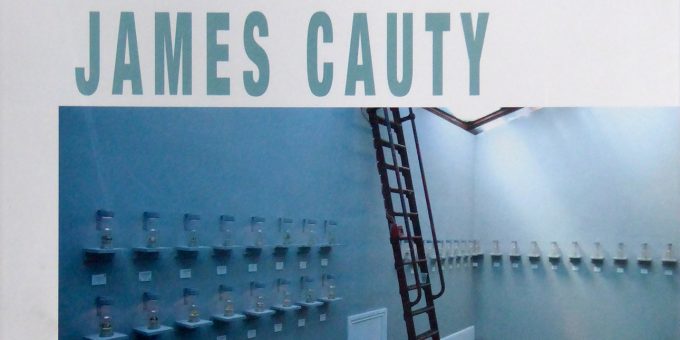 A catalogue of all 58 riots in jam jars as exhibited at the L-13 Light Industrial Workshop in June 2011. Available as hardback (bound in heavy grey book board with quarter bound cloth spine and debossed screen printed titles) or paperback edition.

James Cauty’s rougish and voluble approach has earned him a cult following for art that remains radical, responsive and darkly comical. Best known as one of the men who burned a million pounds, he has always produced work that responds to popular culture. The works here were all made for an exhibition at the L-13 Light Industrial Workshop as part of the Small World Re-Enactments project, which shows re-enactments of contemporary events in minature reconfigurations of the real world, made using traditional model making components.

The “Riot In A Jam Jar” small world re-enactment theme was later continued in the “Aftermath Dislocation Principle”.

A Riot In A Jam Jar cover