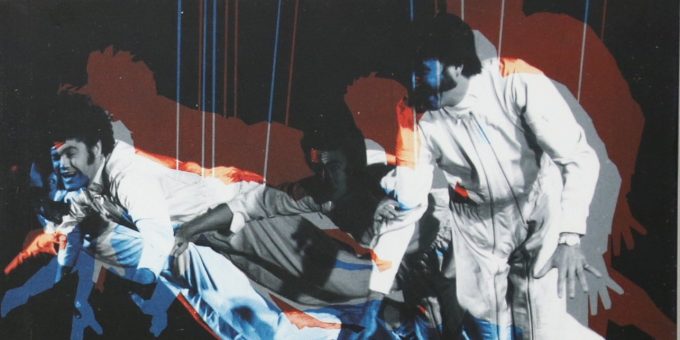 The Monkees, Head, and the 60s by Peter Mills features the 12-page chapter “Here We Come”, a collection of four questions posed to Bill about his memories of The Monkees TV show, the disparity between authenticity and manufacture in pop music, their influence on his early days as a musician, and the links between The Monkees and The JAMs.

He also takes the opportunity to write a couple of words on the Kalevala recording sessions and the Kristina Brunk album in particular, and how those recordings resurfaced again in 2016.

How has a group conceived as a short-lived commodity outlived many more ‘real’ bands by nearly fifty years? Why are The Monkees still important, and what does this tell us about their music, their TV show, and our understanding of popular culture today?

Despite being built in Hollywood, and not necessarily to last, that is precisely what their music, TV, and cinematic output has done. They in many ways unique–as the first ‘made for TV’ band, their success introduced methods of marketing pop that have since become standard industry practice; their ‘big screen’ use of film and images in live performance is likewise now a firmly established principle of concert staging; and in the way they changed the rules of the game, taking control over their own affairs at the height of the success, risking magnificent failure by doing so.

The Monkees invented a new kind of TV, gave a new model to the music industry, and left behind one of the most enigmatic movies of the modern era, Head. This book is about all that and more. Beginning by exploring the origins and personalities of the four Monkees before looking in depth at their work together on screen, on stage, and on record, The Monkees, Head, and the 60s is the first serious study of the band and the first to fully acknowledge their importance to the development of pop as we now know it.