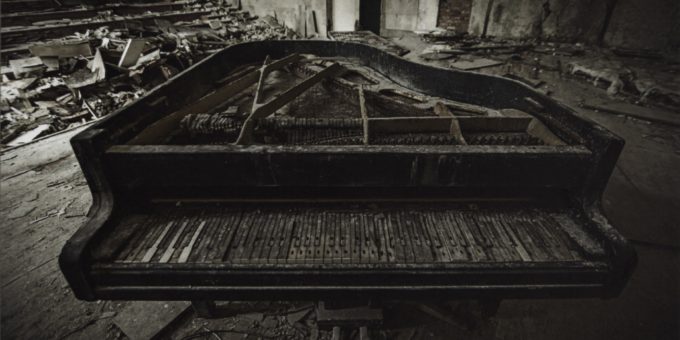 Anatomy Of Thought-Fiction is a book by Joanna Demers in which she explores the idea of thought-fiction – concepts people choose to believe despite knowing they are untrue. In this very fashion the book is presented as a report published by the fictional Center For Humanistic Study in 2214 (whereas in reality it was published by Zero Books in 2017).

Given the topic at hand it’s not much of a surprise that The KLF get a mention.

Is there any difference between The K Foundation speaking of the lost continent of Mu and classic pop songs (like “Love Me Tender” or “My Generation”) that speak of true love or teenage rebellion? Why is The K Foundation derided as a fraud while Elivs Presley and The Who are received as serious poets?Joanna Demers (Anatomy Of Thought-Fiction)

The book gives a short recount of the myth Bill and Jimmy created around their pop music by the example of the Rites Of Mu event held by The KLF in 1991 and how the press and record industry were willing to buy into it, while at the same time The K Foundation aroused harsh criticism for its disturbance of the “real” art world.

Anatomy of Thought-Fiction: CHS Report, April 2214 is a philosophical novel that asks why we believe things that we know are untrue. In the year 2214, the Center for Humanistic Study has discovered an unpublished manuscript by Joanna Demers, a musicologist who lived some two centuries before, on the thought-fictions surrounding popular music of her time. Her writing, a hybrid of philosophy and literary prose, interrogates the music of artists ranging from David Bowie and Scott Walker to Kanye West, Actually Huizenga, J Dilla, and The KLF. The CHS uses Demers’ critique to formulate a speculative history of a time plagued by contradictions. How could people of the early twenty-first century have believed that music was alive? And that music was simultaneously on the brink of extinction? Such seemingly academic questions shed light on why the United States subsequently chose to eliminate the humanities from universities, and to embrace fascism.

Is It Worth It?

Not much unlike John Higgs’ excellent Chaos, Magic… before it, Anatomy Of Thought-Fiction isn’t as much a biography as it is the exploration of an idea using the example of various contemporary bands and musicians. However, The KLF only get a brief mention on four pages, but if you enjoy the book’s basic premise it might still be worth looking into.