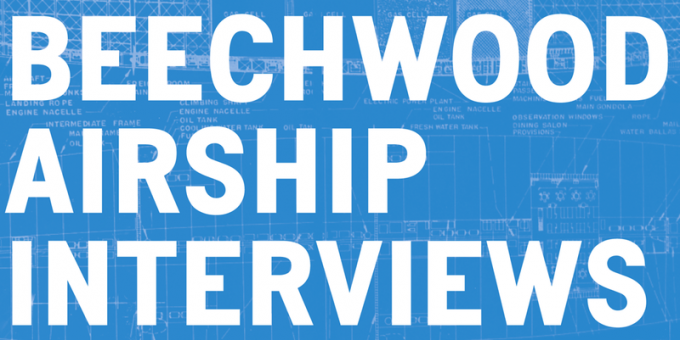 The Beechwood Airship Interviews follows author Dan Richards during his undertaking of building an airship in his art school bar and the manifold artists and craftsmen he meets on his journey.

Alongside interviewees like the Manic Street Preachers and Dame Judi Dench he also dedicates one chapter to Bill Drummond in which Richards talks to him about The17, influences during his early life, and the one thing that would have tempted him and Jimmy to get back into the music business.

The book also features a second chapter where Richards interviews Drummond’s manager Cally Callomon who briefly talks about his work for and with Bill as well.

You can read a free sample of The Beechwood Airship Interviews – which actually spans the full chapter on Bill – on the website of publisher HarperCollins.

Artists. Writers. Photographers. Musicians. A comedian. An actor. A printer. An airship.

The people interviewed in this book come from all corners of Britain’s cultural landscape but are united in their commitment to their craft.

At the beginning of this extraordinary memoir, Dan Richards impulsively decides to build an airship in his art school bar, an act of opposition which leads him to meet and interview some of Britain’s most extraordinary artists, craftsmen and technicians in the spaces and environments in which they work.

His search for what it is that compels both him and them to create becomes a profound examination of what it is to be an artist in 21st Century Britain, and an inspiring testament to the importance of making art for art’s sake.