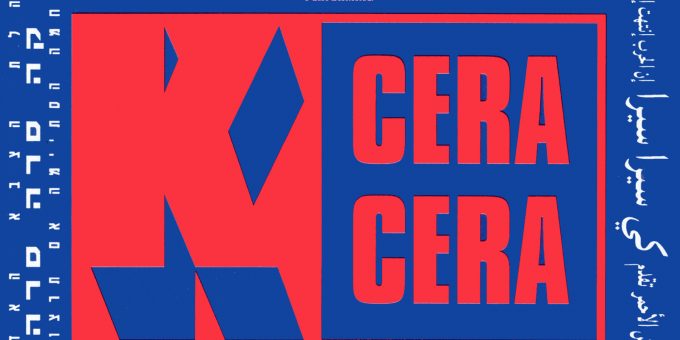 First and only single by the K Foundation, featuring the Red Army Choir. K Cera Cera mixes elements from “Que Sera, Sera (Whatever Will Be, Will Be)” by Jay Livingston and Ray Evans, and “Happy Xmas (War Is Over)” by John Lennon.

Adverts announcing the (non-)release of K Cera Cera appeared in the NME and Independent in July 1993. The ad featured what would later become the single’s artwork, and a statement about how and when The K Foundation would make it available once world peace had been established. 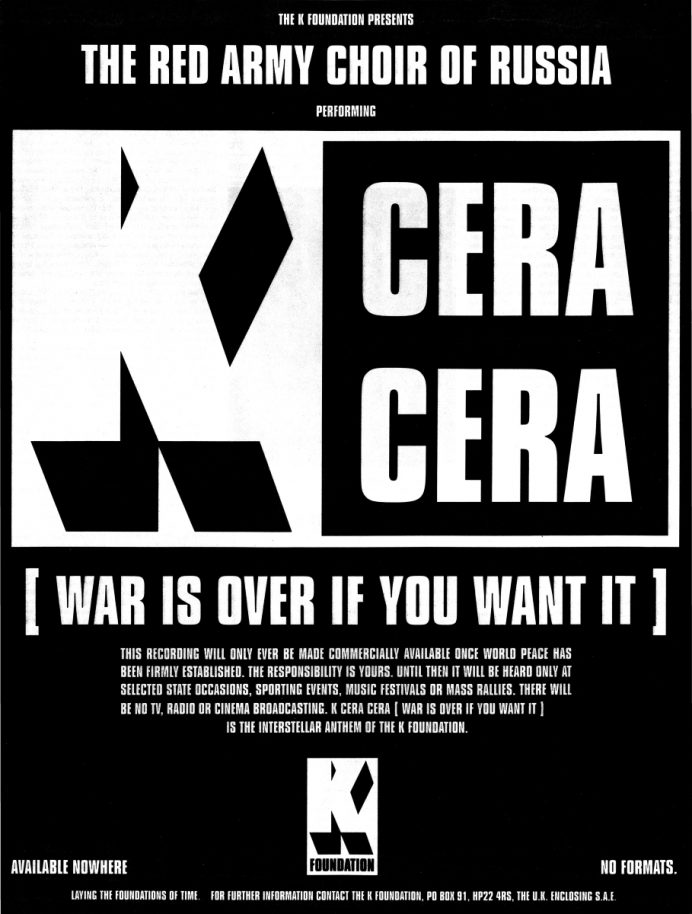 This recording will only ever be made commercially available once world peace has been firmly established. The responsibility is yours. Until then it will be heard only at selected state occasions, sporting events, music festivals or mass rallies. There will be no TV, radio or cinema broadcasting. K CERA CERA (War Is Over If You Want It) is the interstellar anthem of the K Foundation.

However, four months later the K Foundation decided to release a limited edition of 3,000 copies in Israel on CD and cassette to ‘celebrate’ the 1993 Peace Accord.

Only a few days after the production (of the single) was finished, I turned on the TV and saw Itzhak Rabin and Yasser Arafat standing next to each other in front of the White House. I was very moved. It was like something you never dream would happen suddenly being realised. I phoned Jimmy and we decided to release the limited edition. For us, it’s a sort of tribute.Bill Drummond, NME, 13 Nov 1993

Repeated on B side.