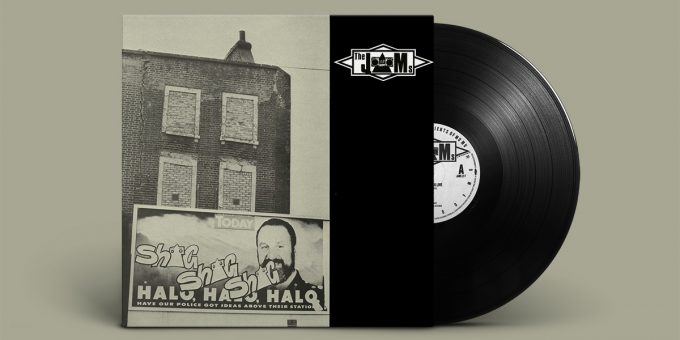 Two months after the original version of their debut single had caused a minor stir with record companies The JAMs released All You Need Is Love (106bpm), an edited version with the MC5 and Beatles samples removed from the intro.

After the end of last year I asked Rockman Rock if he wanted to tear some things down, he did. So we made a record, pressed five hundred, the fuse was lit. As you will have read in your friendly rock paper, the record could not be bought as nobody would distribute it for fears of prosecution. John Peel couldn’t play it and we had no money left. Then a couple of major companies threatened to sue. Fuck them. So we edited the record in such a way that brought us inside the “law” but still got up people’s noses, and got the record out.Bill Drummond, KLF Info Sheet, Oct 1987

Unlike the original whitelabel promo this version was housed in a proper sleeve showing the picture of a JAMs-defaced billboard (“SHAG SHAG SHAG”) featuring the face of controversial UK policeman James Anderton on the front.

With the samples in question removed – and probably some help from the publicity generated from the original version – it was less of a problem to find a proper distributor for All You Need Is Love after initally being turned down.

Combining its splintered sound artefacts (The MC5 to Sam Fox) with a blistering battery of percussion noises and the withering, disjointed voice of King Boy D (“the hottest MC on the river Clyde”), ´Love´ is a record where the rhythm methods of the US are firmly transplanted to the UK and given new life via The JAMs’ sheer bludgeoning ambition.
Sounds, 16 May 1987