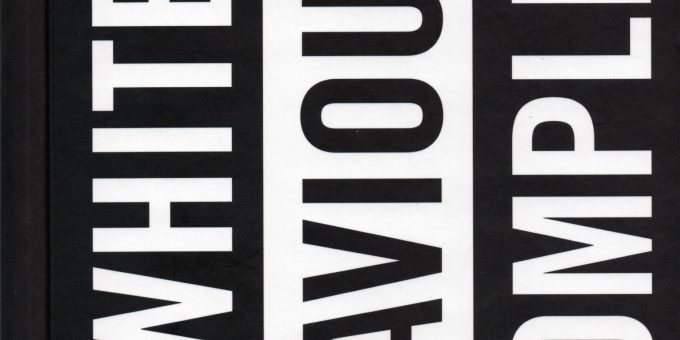 White Saviour Complex is a play written by Bill Drummond under the pseudoynm of his alter ego Tenzing Scott Brown. Its release ties in with the screening of Best Before Death by Paul Duane.

The book is divided into two versions of the same play, each again featuring three acts – BEFORE, DURING and AFTER. However, while the middle act is technically the same for both versions (each featuring various transcripts from Paul Duane’s movie) the first and third act are different from their respective counterparts.

Version One is told from the perspective of two audience members attending the screening, each of them sharing their own expectations and opinions before and after. This version concludes with a brief conversation between Tam Dean Burn and Bill Drummond about how Bill decided to write a second version after a change of mind following a telephone conversation with Paul Duane.

Version Two is bookended by Bill Drummond musing about his past activities and him suffering from the titular white saviour complex.

White Saviour Complex was first sold at the play’s three performances around the end of June 2019 and subsequent performances after that.