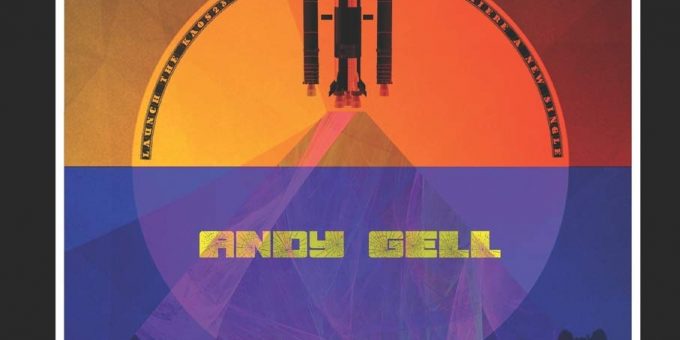 Whatever, Together and Forever (furthermore known as The WTF Trilogy) are a series of books written by Andy Gell between 2017 and 2018, each written in a distinctive style but all centered around (or heavily influenced by) The JAMs’ work during the same period.

Whatever, the first book in the trilogy is a play centred around an alternate (or is it?) version of 2017’s Welcome To The Dark Ages event (‘Whatever’ being the infamous reaction of Bill and Jimmy to the theories about the money burning presented to them at the evening of Day One).

Two New York detectives – Barney Muldoon and Saul Goodman from the Illuminatus – try to unravel the mystery surrounding the return of The JAMS and the repeated occurences of the number 23 (as well as the odd 17), while a shadowy gallery owner tries to get a hold of whatever might come out it with the help of a reluctant employee and a man who is willing to sink his teeth into the matter at hand.

Throw in an Ice Kream Van, the People’s Pyramid and a dinner conversation between MONEY and ART and you will get a reference-filled story that will send shivers down your spine on one page and make you laugh out loud on the next.

In 2018 it was followed by Together. Staying true to its name, Gell invited fellow members of The400 and strangers alike to contribute short pieces to be woven into the book’s overarching story.

The sequel follows the stories of various characters, some recurring from Whatever, others new but sometimes oddly familiar. Each of those stories takes place on November 23rd (the date of both 2017’s Burn The Shard event and 2018’s Toxteth Day Of The Death) though not necessarily in the same year or universe. Divided into chronological paragraphs spread over 13 chapters, each chapter covers one hour between 11:23 and midnight. However, due to the narrative structure chapters jump between characters, time, and space in the blink of an eye.

Much like the first book before it Together is riddled with nods to past and (in the case of the Capstone Ceremony) future exploits of Bill and Jimmy. And just like the aforementioned Illuminatus it is hard to follow at first but gets easier with each passing chapter as you slowly puzzle together all the individual pieces until everything slowly falls, well, together.

The momentary conclusion to The WTF Trilogy, Forever (Book One) is probably the most straightforward of the three, though not necessarily less mindbending.

Set in the fictional Sample City in 2030, a pair of contrasting twin sisters get invited to Dyson Space Centre where a benefit concert headlined by the most popular band on the planet is held on the evening of the launch of shuttle KAOS23. Meanwhile a disillusioned priest helps a charity worker take a look behind the curtain of reality, discovering an age old secret that might bring nothing less than the end of the world as they know it.

While the first two books are heavily influenced by the real-life antics of Bill and Jimmy the story of Forever firmly stands on its own while dialing the K references back to a minimum, though the avid fan will still get more than one chuckle out of it.

Unlike the first two books which were published in a rather minimalistic design only Forever is also available with a full colour sci-fi-esque cover.

All three books are available from Amazon.

1 thought on “Whatever / Together / Forever (The WTF Trilogy)”