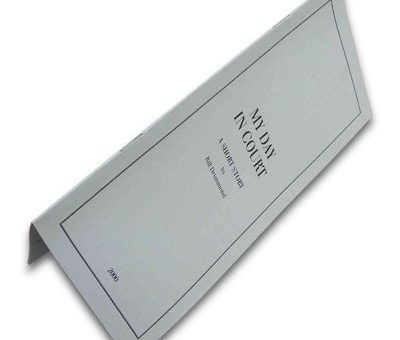 In his pamphlet My Day In Court Bill writes about his appearance in court after painting the words ‘Dead White Man’ on the outside of a building in Liverpool in early 2000 (see 17 Forever).

This pamphlet was originally published for diners at Cook Au Van. What Cook Au Van was, is now history. My Day In Court is also the fourth in the post Roger Eagle’s death series of stories. It is also about the consequences of being unable to control the urge to commit graffiti.Bill Drummond (Penkiln Burn Website)