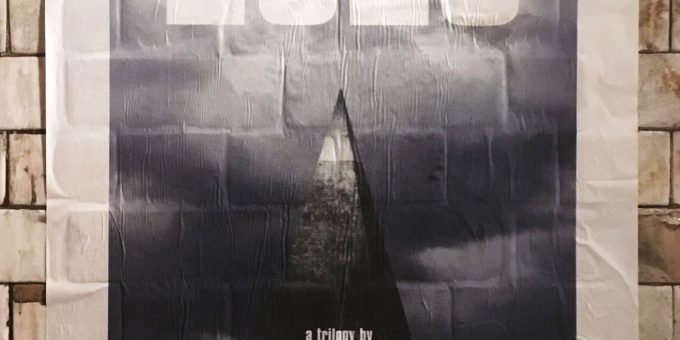 A second poster got shared via K2 Plant Hire’s twitter feed this morning, prominently featuring the People’s Pyramid hovering over a cornfield and announcing “2023 – A trilogy by The Justified Ancients Of Mu Mu”.

People quickly spotted an additional bit of information not found on the first poster – the company logo of book publisher Faber & Faber. Speculation quickly evolved into fact as an actual listing of 2023 appeared on their website (and Amazon) not much later.

Well we’re back again,
They never kicked us out,
twenty thousand years of
SHOUT SHOUT SHOUT

Down through the epochs and out across the continents, generation upon generation of the Justified Ancients of Mu Mu have told variants of the same story – an end of days story, a final chapter story. But with one hope, even if the hope at times seems forlorn. The story contained in this trilogy is the latest telling. Here it is presented as a utopian costume drama, set in the near future, written in the recent past. 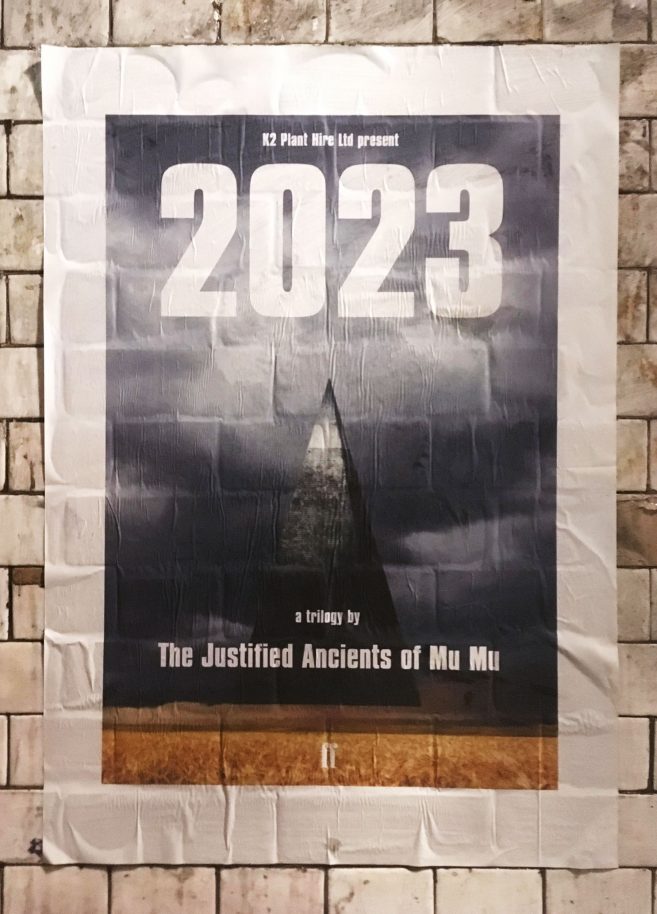 Their website describes the book as 352 pages thick and scheduled for release on the 23rd of August – the date many of us probably already circled in their calendars.