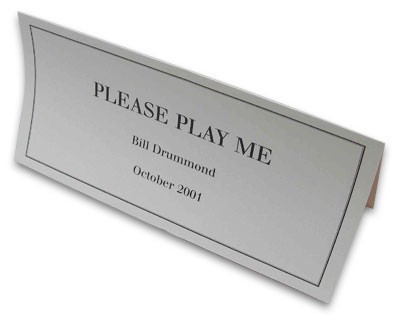 Susan Philipsz recorded herself singing As Tears Go By in the alcove of the first floor of The Curfew Tower. This recording was pressed as a 7″ 45 single. There was only one copy of the single and you could only listen to it on one record player that was in the alcove where she recorded it. This pamphlet was originally published as an accompaniment to the record and was only available in the alcove.

Comes with free ‘My Death Net’ donor card and leaflet.